Last Wednesday 18th December was International Migrants Day. For the occasion, we’re thrilled to be relaunching Le monde n’est pas rond as an artistic webzine. A warm welcome to our readers, old and new!

Migrants, the darker feather in globalisation’s cap.
Joe Sacco, The Unwanted, in Journalism, 2012

Migrants, the human element of globalisation,
the avant-garde of the future, the most
contemporary expression of our time.
Laura Boldrini, ex-spokesperson for UNHCR

Imagine a world where human freedom of movement is not proportional to the GDP of one’s nation state, to the geographical coordinates of one’s birthplace, or to the melanin content in one’s skin. Where people are not punished for the heinous ‘crime’ of crossing a national border. Where people are not treated as commodities, forced into the trap of trafficking and exploitation, by a system that “illegalises” people according to the whims and prejudices of national governments. Imagine a world that can call itself round, as opposed to a complex polyhedron whose shape and size differ according to one’s origins or papers.

Do not worry too much if this sounds utopian. As Eduardo Galeano explains in his book Walking Words, “Utopia is on the horizon. When I walk two steps, it takes two steps back. I walk ten steps, and it moves ten steps further away. What is utopia for? It is for this, for walking.” 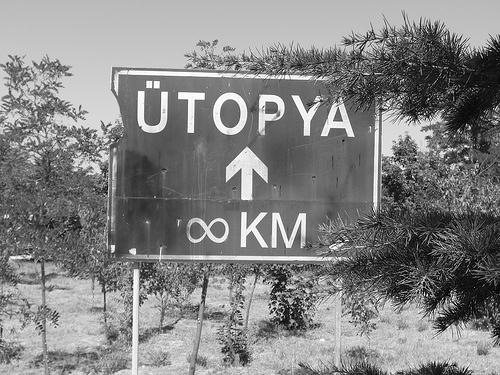 LE MONDE N’EST PAS ROND (The World is Not Round) is an international artistic webzine, based in Luxembourg, that explores the contemporary realities of migration, borders, and human rights through the publication of alternative journalism, art and illustration, photography, prose and poetry, music and film. We publish in four languages: English, French, German and Luxembourgish.

An initiative by Passaport Project, in collaboration with Personne n’est illégal – Luxembourg, a grassroots activist group campaigning for migrants’ rights and universal freedom of movement.

Why an artistic webzine?

In contrast to the plethora of academic and political migration conferences mushrooming across Europe (with 4 having taken place in Luxembourg in the first half of 2013 alone), with a few good exceptions, artistic initiatives in Europe exploring issues of migration and borders appear to be very scattered, often existing, somewhat ironically, within their own specific national spaces.

To overcome this fragmentation, Le monde n’est pas rond offers a space for creation, collaboration and discussion among authors and artists in Luxembourg, Europe, the Mediterranean and beyond. Our aim is to gather a broad anthology of artistic works spanning several places and genres, and to become a platform for the creation of a loose cross-border artistic collective, based in Luxembourg yet with a Euro-Mediterranean dimension, in a similar vein to what CultureStrike magazine is achieving in North America.

The transformative power of artistic (including journalistic) activism may not be easily tangible or measurable, but that is because it works on consciousness, and its effects are necessarily long-term. By cultivating cross-border artistic collaboration, Le monde n’est pas rond looks to implicitly foster reflection and discussion in favour of softer national borders, freedom of movement, and respect for universal human rights and human dignity.

Mediterranean Sea. One of a series of sculptures by Luigi Camarilla, made out of the wood of abandoned fishing and migrant boats in Sicily.

New posts will be published on a regular basis, two to three times a week. The first batch is already up!

You can support Le monde n’est pas rond and Personne n’est illégal – Luxembourg by submitting a piece of work for publication, and/or by ordering a copy of our printed newspaper or a poetic ‘anti-passport‘. Part of the proceeds will go toward the design and printing of a book-form anthology planned for late 2014, which will bring together the most read and most insightful posts published in the webzine, together with a selection of fresh material.

In the mean time, happy reading, listening, watching, and surfing!

This entry was posted on 20/12/2013 by mondepasrondeditor in editorials and tagged Eduardo Galeano.